Moon map of the Earth 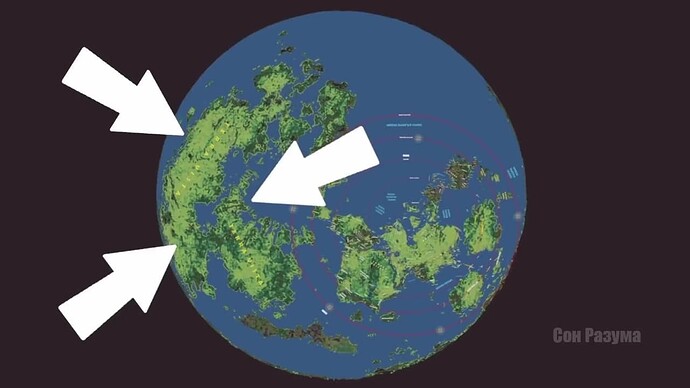 My opinion : It wouldn’t work, the map isn’t like that, the continents aren’t laid out like that, and the overall flat earth model doesn’t work, especially the sun rotations for seasons 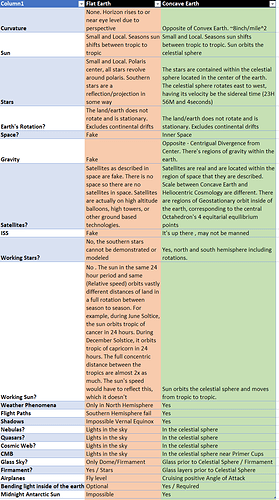 I Invite others to comment on this model , I know many are into it. Just because I don’t think it could work, doesn’t mean it can’t still be real

“Flat Earth” In all of it’s formss; is a mockery to intelligent design. Flat Earth is an illusion; and nothing more. The Tropics; by themselves; debunk the flat earth. In the last 7 years of the flat earth’s movement; there hasn’t been a single voyage by sea that demonstrates that the tropics are two different sizes. Yet; on every single flat earth “map” that has ever existed; clearly having 2 different sized tropics is required.

Flat Earths moon map? You mean flat earth LUNA-SEE? Sooner or later the rest of the folks in the FE camp will wake up to the beautiful simple truth of INTELLIGENT DESIGN… Or they won’t.

Sorry, I asked about how this Lunar map works on the Concave Earth, not about flat earth. Because I think the world is bigger than we know, and this lunar reflection looks like the real Earth map, but I am not sure.

No, I do believe that Earth is Concave, but I also think that Earth is bigger than we know and this map is reflection on the Moon looks like the real Earth map, I just want to know that how this map works on Concave model? There unknown big con tinents on this map.

I can’t explain to you how photo shop works in reality; merely because photo shop is not reality. The Reality; is that the tropics are the same size. There is no version of the lunacy map that coincides with reality; because it is not reality. (It’s photoshop)

Also, this image fails to be a map by every sense of the definition. No legend; no way to perform any actual navigation; no lat/long etc. This is not a map. It’s a photoshop to promote the flat earth psyop. 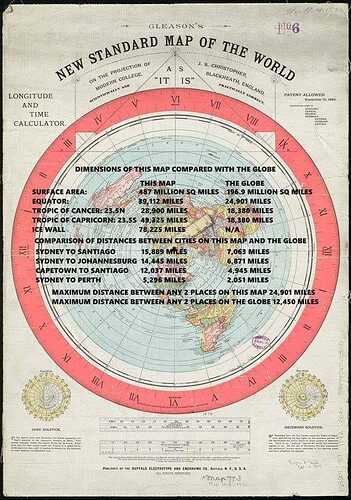 This is a map, and only so because it is used for aerial navigation; and cannot be used for physical seafaring navigation. 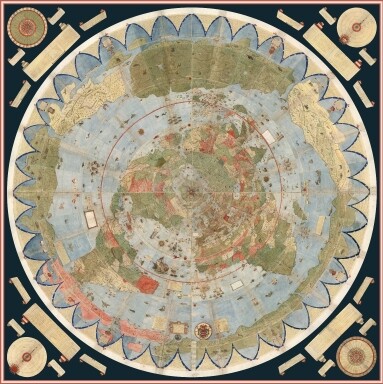 What do you think about this map? Is it also fake?

Has it ever been used as a navigational device? Or is it more akin to a piece of art? Maps are used as a tool for physical navigation; can the image above be used to accurately navigate earth? Certainly not for the obvious reason that once again; the tropics are 2 different sizes; where as in reality they are navigated each and every day; and are determined to be the same size.

Yes, the image you posted is a “fake map;” totally useless for actual physical navigation. Would make a decent novelty item.