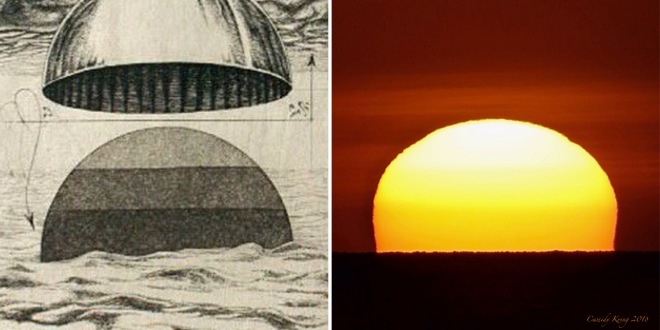 What we experience to be “sunrise” and “sunset”, is in fact an optical illusion beyond our realm of sensory perception. The same applies with the moon and all other luminaries. And although modern science cannot dispute this, they’ve managed to substitute critical details with intangible, theoretic claims in an attempt to conceal our true, yet obscured reality. The Sun could be considered a radiant frequency in the form of energy, being cast through multiple dimensions of luminiferous atmosphere/aether within the flow of the electromagnetic field. Divergence & convergence of a dielectric field maintain a fluctuating grid across the reflective surface of earth. This dielectric field could be the reason for our blue skies. Just as the horizon is a sort of hallucination, so is the apparent ‘rising/setting’ sun. We all perceive our own individual Sun, but we experience its glory on a collective level. What we are not experiencing together, is being defined by the apparent ‘boundaries‘ of this very illusion, as we’re only capable of perceiving our world in small fragments… Bear with me, this will all make sense upon gaining your undivided attention; with the assumption that you’ve already brought an open mind. I am quite confident in its ability to resonate with the freest of minds, & its potential to enlighten those who seek a higher truth.

Below; Rainbows could very well be revealing the dielectric field in conjunction to Earth’s surface. This is a topic difficult to conceptualize without going into detail. We will cover these detail’s in the near future, on a separate post. 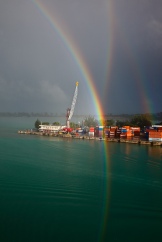 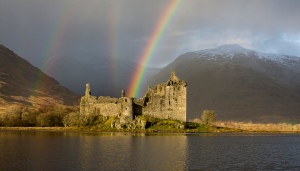 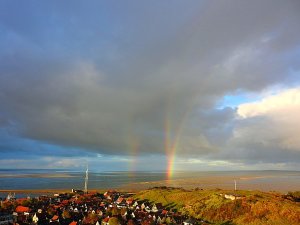 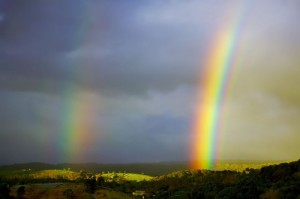 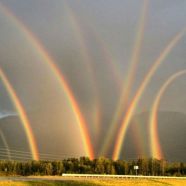 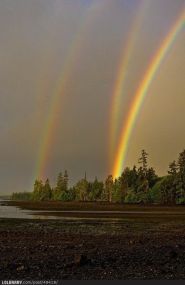 So what’s occurring on a physical level before & after twilight? Is it possible to decipher illusion from reality, and reality from illusion? As humble as I’d like to approach this answer, i hold no reservation’s due to the overwhelming evidence I’ve acquired and am now prepared to present. Before we dig in, I must specify that I do not know what the Sun’s initial source is, nor how far it is. And no matter my doubt in its visibility to the human eye from earth, I can only suspect Venus. I will touch on a few more notion’s, but for now we will focus on the tangible evidence, and where it potentially leads in relation to our reality. The following list of topic’s are of vital importance to recognizing this very reality, & eventually delve into uncharted territory within the social “truth” communities.

“the sun rose above the horizon”

a great circle of the celestial sphere, the plane of which passes through the center of the earth and is parallel to that of the apparent horizon of a place.

the limit of a person’s mental perception, experience, or interest.

“she wanted to leave home and broaden her horizons”

The late middle english definition of the word ‘horizon’ is spot on, emphasizing key terms (in bold) at an elementary level. When considering this definition alone, it’s perfectly safe to say that our ‘horizon’ is only; an appearance, our range of vision, field of view, visible boundary, mental perception, range of experience, perspective… Other sources have defined the term as; an illusion, hallucination… When observing the horizon, only an increase in altitude & angle would allow us to resolve this boundary of mental perception. To simplify with an example; the angular resolution of a crawling toddler is more limited than that of its standing mother, therefor both perceive slightly different horizons, hence sun’rise’ or ‘set’. 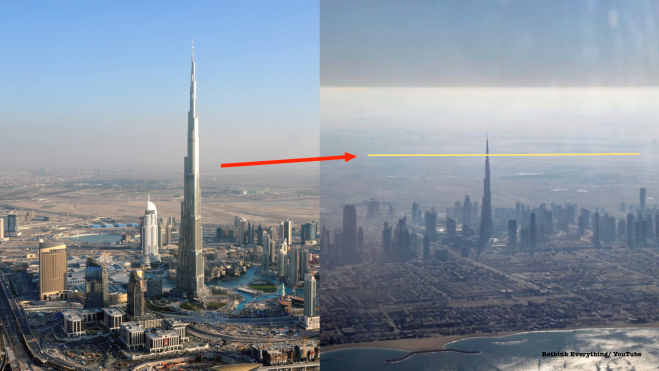 The horizon, as defined, is an illusion, just as the perceived ‘rising’/’setting’ Sun 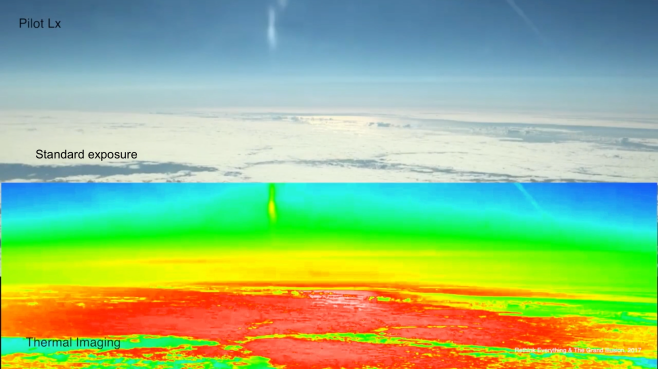 What’s been depicted & perceived as “atmospheric layers” is, in reality, Earth. These obscured layers often reveal themselves on high altitude ballon footage.

“It seemed a flat disc with upturned edge” – Auguste Piccard 1931 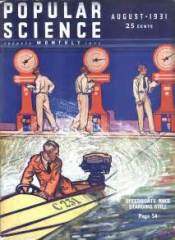 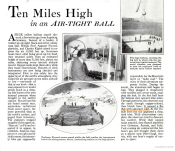 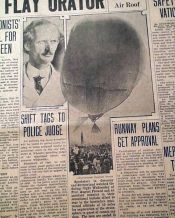 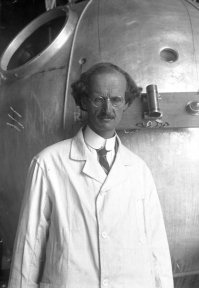 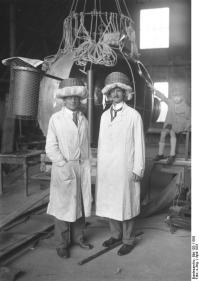 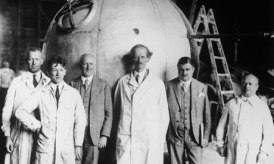 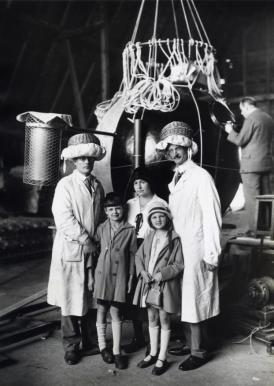 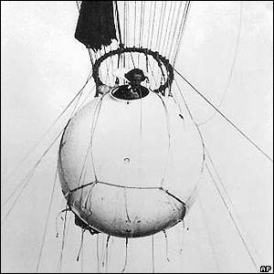 Professor Piccard was well aware of his limited sensory perception from 10 miles above. Therefor, he knew he was only observing a small fraction of earth from this altitude when he witnessed this “upturned edge“… I’ve come to wonder why he switched gears & went on to explore the vast oceans of earth after his experience. His son, Jacques Piccard, followed in his footsteps as an oceanographer & has also developed underwater vehicles for studying ocean currents. Why did their so-called space exploration come to a halt? It’s obvious their passion for truth was quite prominent. For Auguste to wrap up exploration of the sky/space, just to explore earth’s oceans, as well as influencing his son to do the same, doesn’t make much sense, right?.. Unless what’s above is literally, what’s below, and what’s below is literally, what’s above. Did the Piccard’s become aware of an inverted world in which humanity is cradled within the contours of a “cosmic egg“, just as the ancients believed? If this was the case, the closest way out of this world would be down.

If you’re still skeptical about the direction I’m headed here; good… In fact, I could only encourage this skepticism with such a brief & limited explanation of our perceived horizon. However, the list of subjects & topics are never-ending upon research of this very paradigm. I hope to cover as many as possible throughout the life of this website. But for now, we will continue with what’s observable and tangible.

This is a critical topic I recently published a video about on YouTube. It’s not as easy to present in an article, as observation of moving objects tend to reveal the effects of surface refraction much better than screenshots/photos. But I will do my best to explain, & also leave a link to the video in reference. 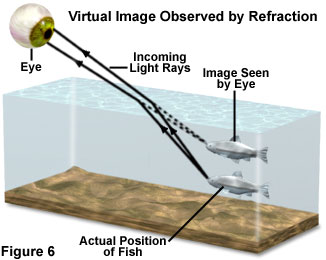 Modern science uses examples like we see above to explain upward refraction through a liquid medium (water). They also compare this effect to what we observe on the horizon. But they’ve left some significant details out that a child could notice, called geometric optics. When we observe the horizon, we are viewing out at a completely different angle than we would be when looking down into an aquarium or glass of water. We look out onto the horizon, and we look down into an aquarium. So in order to get an idea of the refraction effect the horizon displays, we must observe the aquarium or glass of water from a more suitable angle, the side. It becomes quite obvious that this refraction has the complete opposite effect than what we’ve been indoctrinated to believe. 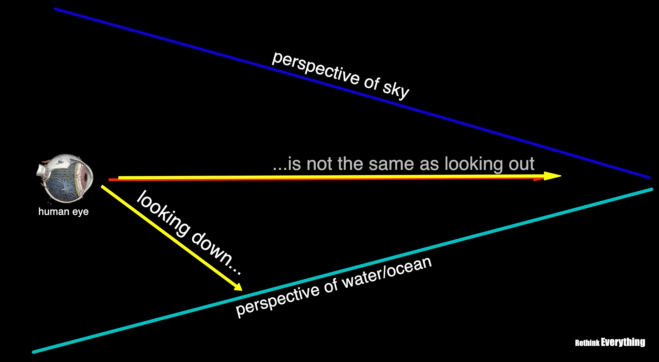 Looking down into water does not create the same refraction effect as looking out onto the horizon. The angle we observe effects the angle of refraction.

Here are a few more examples of surface refraction that clearly display a downward effect, rather than an “upward” effect. A link to the video will follow 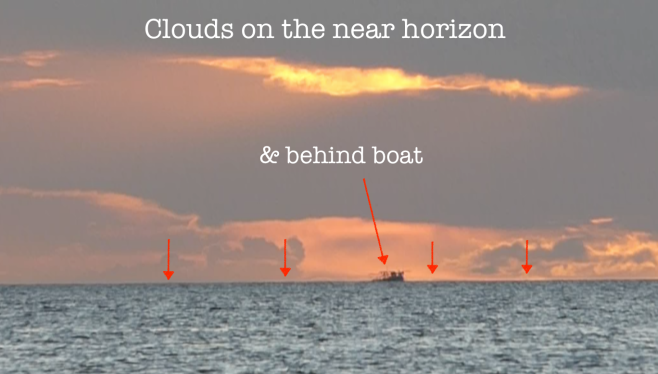 Clouds on the near horizon prominently display downward refraction 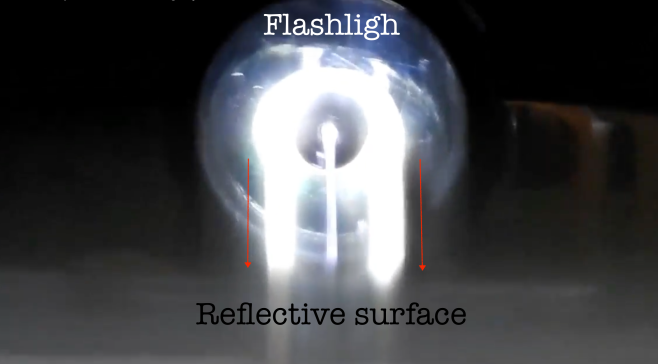 A flashlight behind a mirror laying flat below it, displays the same downward refraction. Oceans and mirages are highly reflective, just as the mirror used in this example

Downward refraction is quite apparent within inverted, surface reflections (mirages)

The Belt of Venus & The Shadow of Earth

“We do not experience reality in the so-called ‘real world’, but only its dim shadow” -Plato

I firmly suspect that what I displayed above is the very “dim shadow” Plato was referring to in his quote concerning ‘reality in the so-called real world‘. As the modern day outlook on Platos described “form” is not only minimized to allegoric meaning, but is carried into a technical metaphor in which strictly pertains to an “idea” only. It’s no wonder many find his literature hard to comprehend, as the translations are designed to obscure the physical realities within. For those who’ve read my previous article titled/linked, “What did the Ancients really thing about the shape of Earth”, they should have an idea of what Plato & Socrates really thought about the earth/realm in which we exist. I’ve personally come to think that philosophy was intentionally banished from science by design, as this very philosophy is an academic discipline that relies heavily on knowledge, logic & understanding of nature and reality in general. Therefor, it’s a real academic form of science that can be especially maintained by the Socratic Method, also known as Maieutics. It was Socrates that was said be the first, in known history, to coin the phrase “question everything“. It was also depicted that the Athenians sentenced him to death for ‘heresy, treason and corruption of the youth‘. I found it rather interesting after learning that all who spoke of this very paradigm (interior earth) were either murdered, or died under suspicion/unknown circumstances. Either way, let’s get back to the point of this section. 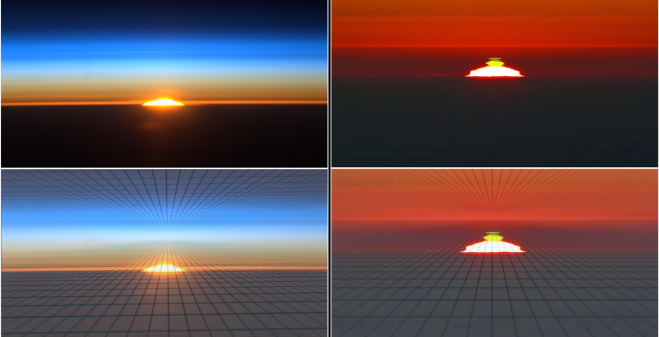 Using the term ‘hidden horizons’ in a literal sense, tends to be the most simplistic way of explaining this. There’s our visual horizon, and then there’s what I call, the ‘solar horizon‘. The visual horizon being; the line at which we perceive ‘sky and earth convergence’. And the solar horizon being; the top of the ‘shadow well above our visual horizon. To elaborate further, we must recognize our range of perception & its limits. Below are comparisons of 2 photos of Dubai, both taken in the same direction, at different altitudes. 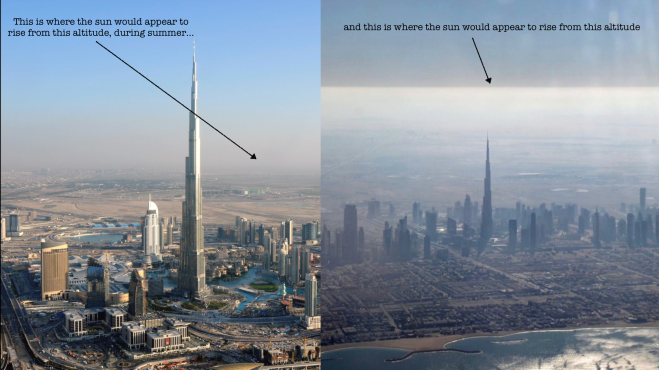 Just as the horizon, our apparent sun’rise’ & sun’set’ is an illusion, determined by our field of view 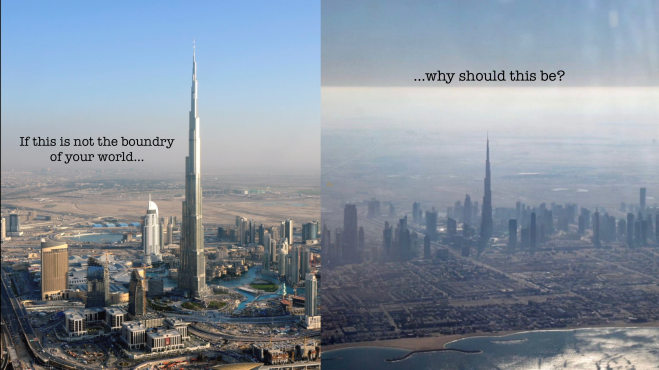 This is the section that requires an article of its own. I’ve went into a few details in my most recent video, ‘The Illusion that defines the “Boundaries” or our world; & the potential symbolism’. Part 2 will go much more into depth… 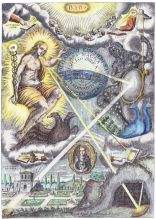 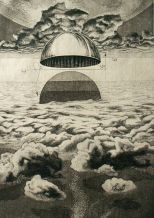 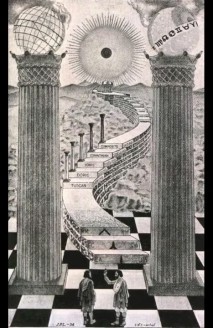 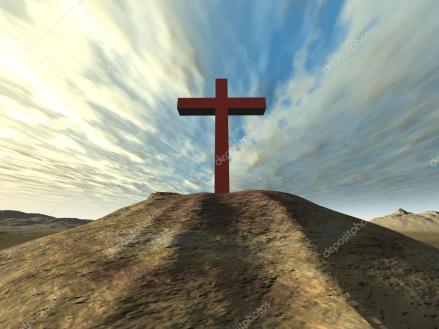 Excellent post! First time it “dawned on me” what I was seeing was the sunrise scene in the movie “The Quiet Earth”